To begin at the beginning...

During this time of crisis it occurred to me that it might be of interest to continue the Bible studies I had been leading during Lent. These focussed on the historical context of some of the Psalms, and how this can help our understanding and appreciation of them.

You will need a Bible although, as I always say, having two or more translations in front of you generally helps!

This falls within the category of 'Royal' psalms, and is regarded as a song at a coronation.

While the language may seem to indicate a specific historical context, many scholars see it as having a general use. It is divided into four sung 'verses', each of three Biblical verses.

The world is constantly in rebellion against God, and therefore against the newly anointed king. It is the king's task to bring them to order, and to restore the bonds that have previously (in theory) held them in obedience.

This is a general warning to the king, that he is going to face opposition, but a reminder that he is the anointed one of God, and therefore able to call upon that relationship.

The psalmist is keen to remind the king of a small nation that his God is mightier than any foe that he may face. The rebellion of humans deserves nothing but ridicule, and God will terrify them with the declaration of king's accession. The king is God's chosen.

Only a fool could have imagined that the king of such a small nation could overawe the empires which surrounded it throughout history, but it is an important symbolic statement of the faith that the people should have in both God and monarch. As Mark Twain once wrote, "Faith is believing what you know ain'tent so."

More of the same, but now with a promise of success if the king wishes to embrace expansionism.

The imagery of the king's victory is very powerful - try hitting a piece of china hard with a screwdriver and see how well it fares! Or you can take the psalmist's word for it.

The extent of the borders of Solomon's 'Empire' in the Biblical narrative were minimal, encompassing most of present-day Israel, and land up through Jordan, the Lebanon and Syria. This is the promise of power far beyond that of the most powerful monarch ever to rule the land. 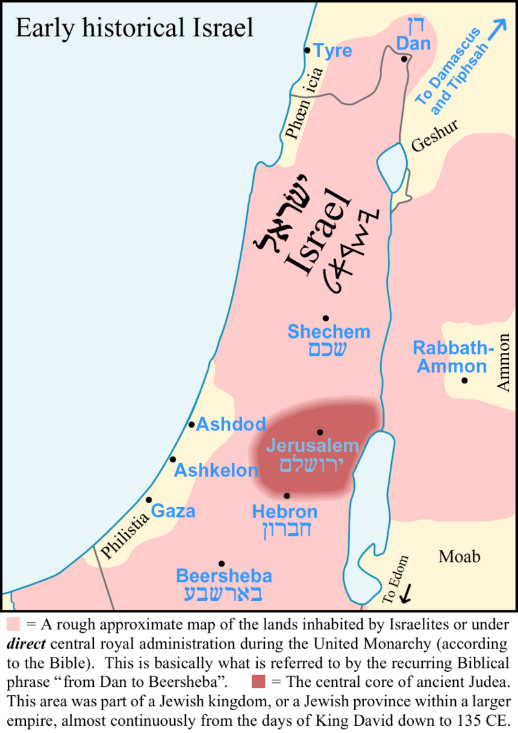 This call would have been heard by any diplomats or dignitaries from the surrounding nations, and

would be regarded as giving fair warning. Verse 12 is variously translated - kiss His (God's) feet, kiss the son' (the King), but that really need not worry us.

This tells the nations that if they fail to respect the divinely conferred authority of the king, their fate is sealed. It reminds the king that he is neither alone in his power nor his responsibility.

The early Church understood this psalm as being applicable to Christ who is, after all, God's anointed. There are references to Psalm 2 scattered throughout the New Testament, for example verse 7 appears at Hebrews 1:5 to indicate the majestic nature of Jesus.

The Church recognised that Jesus' power and authority was greater than that of all the earthly monarchs, and that his Kingdom really did extend to the ends of the earth, and all nations were his heritage.

So how does this help us now?

We live in a time when all the nations of the earth have been consumed by fear and panic. Why do I separate those two? Fear of disease can save your life by making you cautious, panic will destroy it by causing you to make poor decisions.

Many have found it startling to awaken to the reality that all our technological might is insufficient to save lives in an instant of medical miracle. The rulers of the nations are as vulnerable as any others, self-isolating or moving to supposedly secure locations. In the midst of all this, it is worth reminding ourselves of where true authority lies.

Revelation 19:6 - "Halleluia! For the Lord our God the Almighty reigns.' 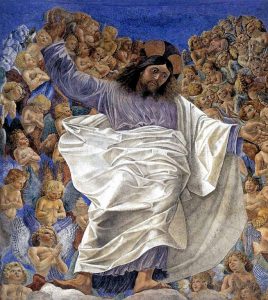 As the work goes on to find ways to control and overcome this crisis, our hope may lie with the scientists, but our faith should be strong in the God who inspires our imagination and fires our determination.

Stay safe, and stay well. With every blessing,