For the year September 2019 to August 2020 Beeston Methodist Church is supporting Maua Methodist Hospital, Kenya Youth Project, Nottingham Breast Cancer Care and Tree Tops Hospice Care. The total raised by March 22nd was £8681.82
On January 15th £2,000 was given to Nottingham Breast Cancer Care and early in February £1,000 was sent to Maua Methodist Hospital. Following the spread of Covid-19 both Maua Methodist Hospital and Tree Tops Hospice Care appealed for support. The Hospital needed to buy Personal Protective Equipment as preparations were made to treat patients affected by the virus. Tree Tops is one of many British charities facing a drop in income. As our total income for this year’s Church Charities is over £8,000 we were able to send £3,000 to Maua and £2,000 to Tree Tops.
We have received various pictures of the preparations being made. 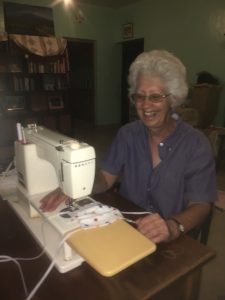 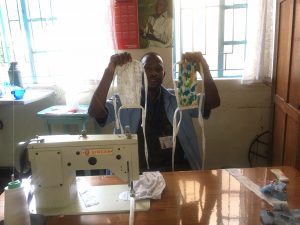 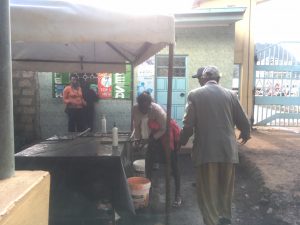 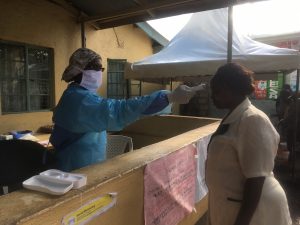 Hand-washing and screening at the hospial entrance.