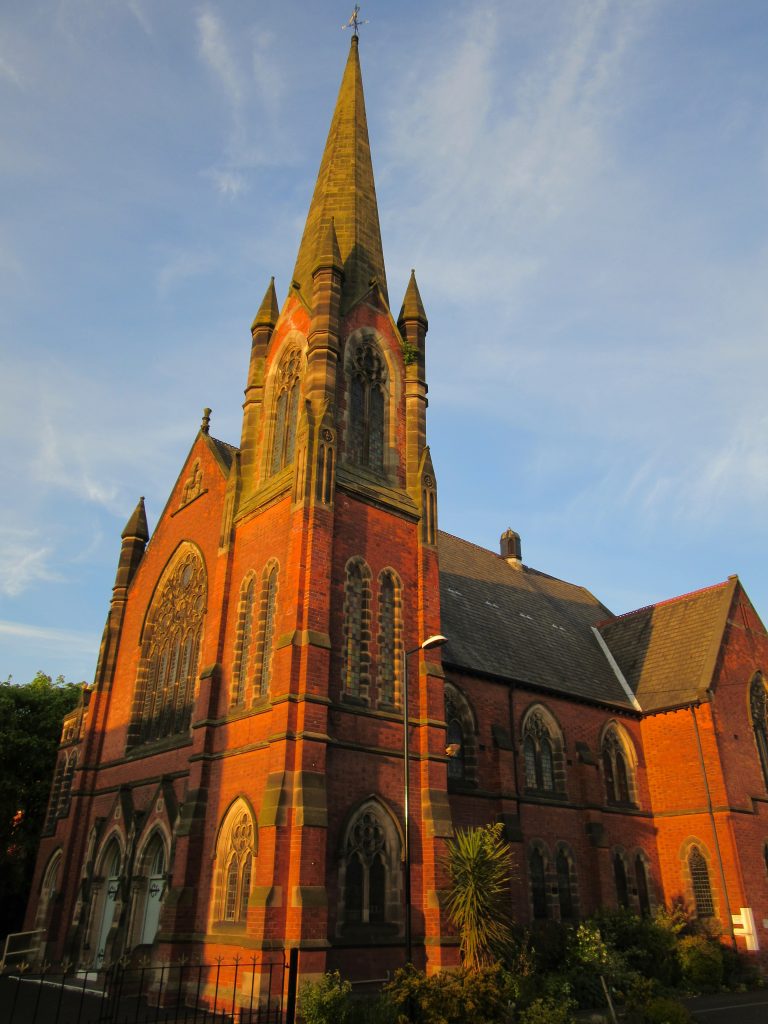 Beeston Methodist Church is a very significant building in Beeston, designed by the architect W.J. Morley of Bradford and opened in 1902 just a year after the death of Queen Victoria.  It fronts Chilwell Road and is set in a garden of yew trees, grass, spring flowering prunus, and various plants. 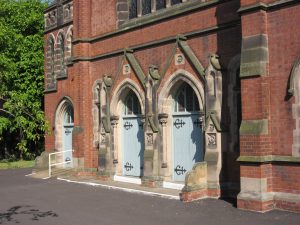 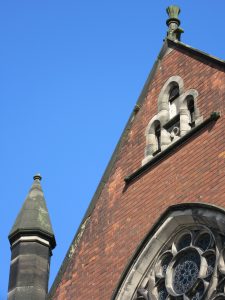 The building is in the style of modified Victorian Gothic built of brick and stone.  It has a spire which enables it to be seen from some distance, and it has windows with stone mullions and tracery and lovely stained glass in pastel colours. 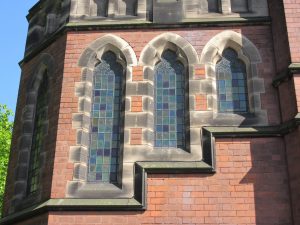 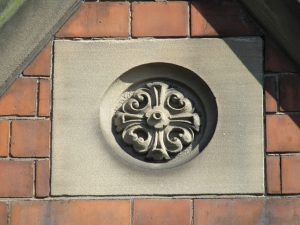 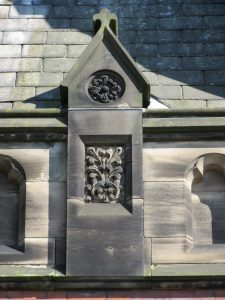 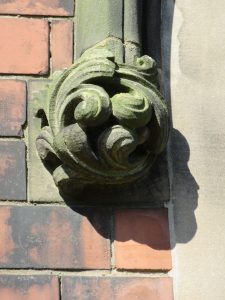 The visitor enters through one of a pair of front doors into a spacious foyer.  This was created in the late 1990s by extending the original, very small foyer into the church, and incorporating space previously occupied by some of the back pews.  Within the outer doors there are inner glass doors, so with these and the window at the back of the foyer one can see from the outside right through into the church itself.

One then goes into the main body of the church either through a modern door to the ground floor or through one of the original doors with its panelling and stained glass and up stairs to the balcony.  Also from the foyer one can go into the family room, where parents with small children may spend the service in a sound-proof room with toys for the children, but with the sound of the service relayed and with the sight of it clearly visible through large windows.  This room is available to anyone during the week for personal prayer and meditation. 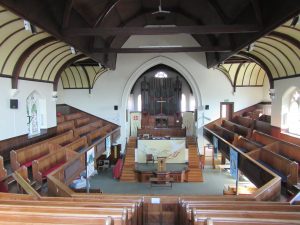 The interior of the church is largely as it was created in Edwardian days.  There are two aisles, with pine pews, and a gently sloping floor.  The church has a balcony, which provides for much extra seating, used every Sunday morning, but especially when the church is filled on special occasions.  The banners hanging from the balcony depicting different scenes from the life of Christ, and also different aspects of the work of the church were created by a team led by Dorothy Bush.  The ceiling is lofty and is covered in fine woodwork. 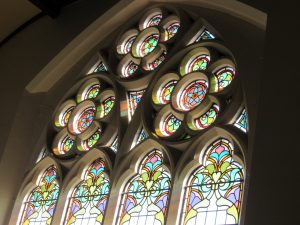 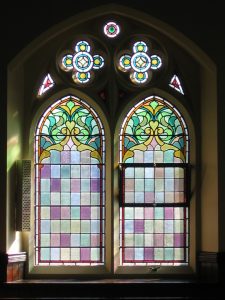 The pulpit area was altered in the late 1990s.  It originally contained a high pulpit, with very fine decorative woodwork, with steps to it on either side – somewhat like the bridge of a ship.  That was removed and now there is a large raised preaching area with a moveable pulpit made specially by a local cabinet maker, Neil Heritage, in oak.  On the front of it is inset a panel of carving from the former woodwork.  At the back of this area is a tapestry made by Juliet Hemingray Church Textiles in her workshop in Derby depicting a dove in flight, representing the movement of the Holy Spirit.  The colours of the tapestry reflect the colours of the stained glass windows in the church.  On either side of the organ are two more tapestry panels, one representing the universe or the atom, and the other depicting the orb-and-cross logo of the Methodist Church. 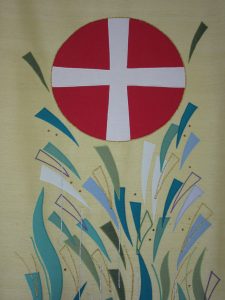 A small wooden cross stands in front of the pulpit, and on the floor below the raised area is the communion table.

For christenings there is a font on an oak pedestal made by one of our members, Paul Hunt.  There is also a lectern and a second communion table, both of which again were specially made by Neil Heritage as part of the modernisation which was completed for the millennium in 2000.

Behind the preaching area and the tapestry is an area for choir or other performers.  And then towering at the very back is the organ.  This is a particularly fine three manual instrument, given by one of the original trustees, Mr. William Roberts.

Although the main purpose of the church is worship, concerts are frequently held here, and performers remark on the excellent acoustics. 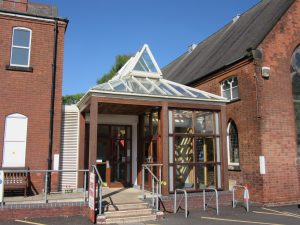 Behind the church, accessed either from within the church or from outside on the west side, is a modern entrance and coffee bar.  This is positioned so that it can be used by anyone in the premises without disturbing other users.  And beyond that is the large hall where meetings and gatherings of many kinds, both for the church and for the community, are held.  Also to the rear of the church is the minister’s vestry, offices, a suite of rooms for smaller gatherings and a splendid modern kitchen.

Although this is a building designed primarily for worship, it is also designed to serve the church and the wider community in the best way possible.